A user's role indicates the level of permissions they have across the site.

To update a user's role, you'll need to: 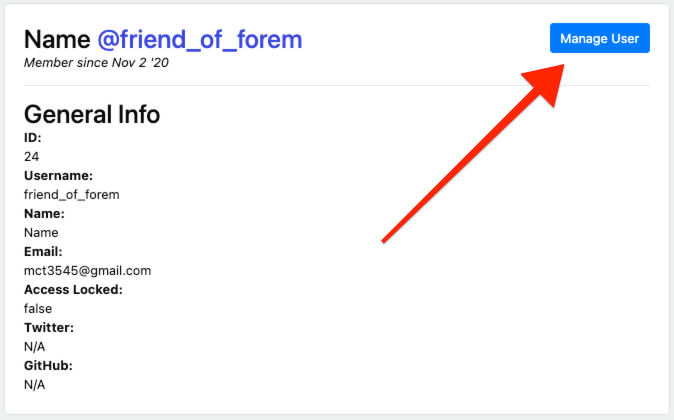 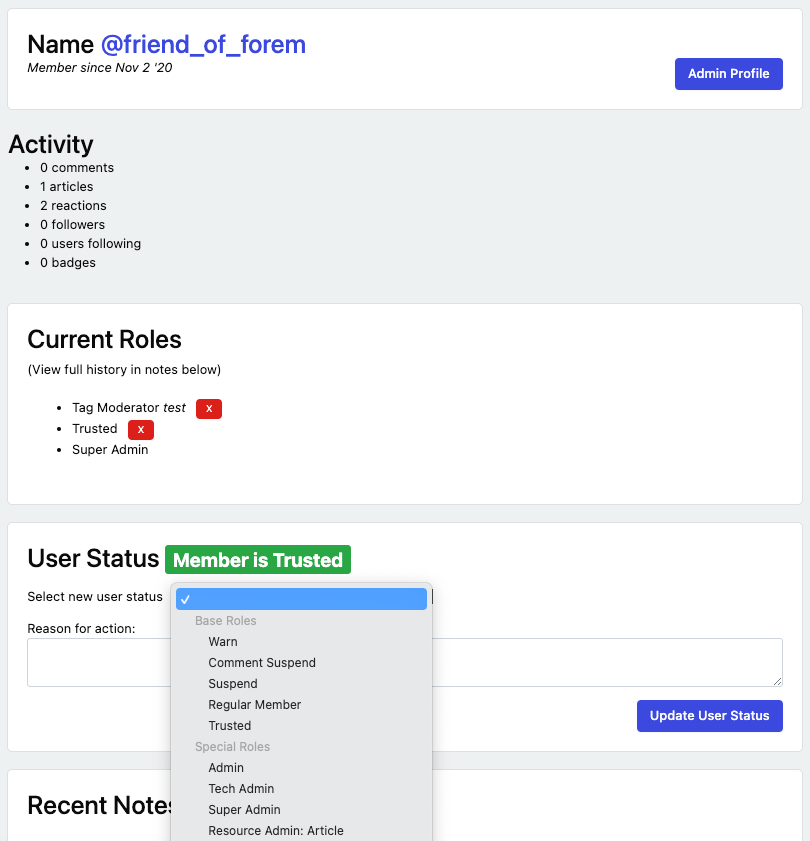 Users with the Comment suspend role are users that no longer have the privilege to comment on posts. This role is typically reserved for users who struggle to behave appropriately in the comments section.

Users with the Suspend role no longer have the privilege to publish posts or comments across the site. Typically, a user is suspended when they have broken the Code of Conduct or Terms of Use multiple times.

A regular member is a user in good standing. They have access to all basic privileges (publishing posts, writing comments, etc) but they do not have higher access such as community moderation or site administration.

Users with the Trusted role are community moderators. They have access to /mod and see a moderate icon on every post.

Changing a user's status to the Warn role does not automatically send an email to the user (we generally advise that users are notified when their roles change, including if they become Warned).

Admins have access to all /admin pages on the site but do not have the ability to make site configuration changes (i.e. admin/customization/config). We recommend limiting the number of people who have Admin permissions for your Forem; consider granting single resource admin privileges first, where possible.

Admins can unpublish articles by appending /edit to the end of an article URL and updating the article manually.

Super Admins have the highest level of permissions across the site, including making changes to /admin/customization/config.